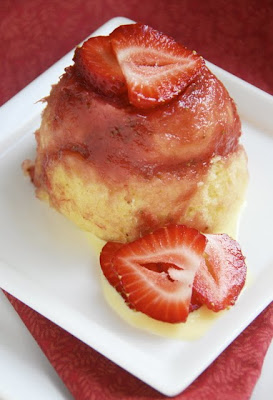 This month I am late, surprised? I even considered not participating this month because I don't have much time but then I thought that this challenge can be made pretty simple, and since I never made a steamed pudding I was intrigued. The upside is that we can have dessert for dinner tonight. Here I am at 5 PM pacific time waiting for the pudding to finish steaming. There isn't much sun so I am not sure of the quality of the photos I will take.

Traditionally British pudding is made either with a pastry shell or as a steamed spongy cake. The pudding can be sweet or savory. The must have ingredient is suet, which is the fat that surround the kidney of the cow. I had to pass on the suet because I was sure not to find it in my town, and I didn't have time to look for it. Esther included a recipe for a steamed sponge pudding that calls for bread crumbs but since it didn't sound too appealing I went to one of the web sites she suggested and found this recipe which calls for butter. 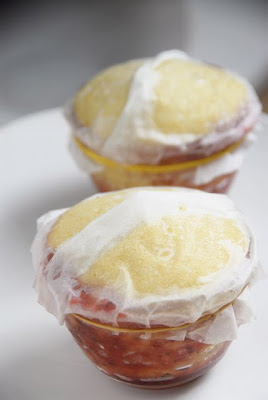 I steamed the pudding into heat proof ramekins covering the tops with a piece of parchment paper like the recipe describes. The pleat is important because the pudding expands while cooking. After 30 minutes the center were still uncooked so I steamed them for 1o more minutes. 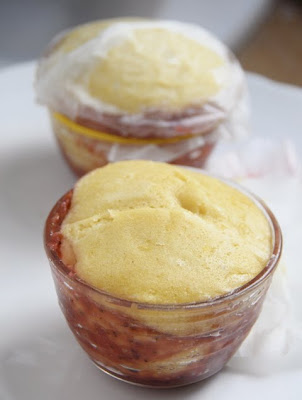 
To check other creations and find the original recipes, please check the daring kitchen's site.
Posted by Laura at 5:08 PM 21 comments:

Multiple Sclerosis Walk-Why I am participating 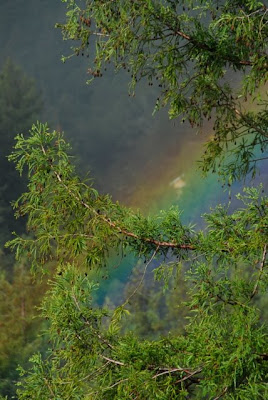 No food post today, but a message on a very important cause that touches me in my core. Below you can read a little excerpt from my friend Jane's blog. She was diagnosed with multiple sclerosis when she was 27, and continues to inspire me with her strength and attitude by living with this incurable disease. Sunday I will be walking in her honor and in the honor of all people I know who have autoimmune diseases, for their dignity, and for the hope of a cure. If you would like to support me on Sunday's walk please click here. Thank you! 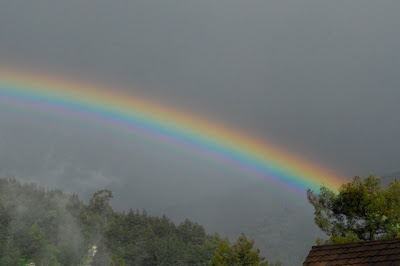 Triple rainbow seen from my window this morning

"Yesterday, at Walk MS, I was reminded of the potential devastation of MS. Before the walk, a man talked about his wife who died last year from MS related complications. She was 52. He said she was the love of his life. We had a moment of silence for everyone who has died from MS related complications this last year.
That made me cry and makes me scared. I know we all die. But I don't want to die young or be disabled. I want to stay strong and healthy and continue to play with my kids.
Just because I don't talk about my symptoms all the time, doesn't mean that there aren't any. My right hand has numbness all the time and especially when I'm tired. Also when I'm tired my vision gets blurry in my right eye. When I go for a hike, after about 20 mins, my legs get wobbly. A couple of times recently I've had to walk back to the car holding onto my friend for support. I'm 36. I've watched that happen this last couple of years. So although I'm in remission, the disease is slowly, slowly progressing.
The NMSS talks about 'Living with MS'. That's just it. You live with it. It doesn't go away like a cold or a bug. Even when it's in remission, it's there all the time, you just get good at ignoring it or making decisions to not let it control you."
Posted by Laura at 7:02 AM 7 comments: 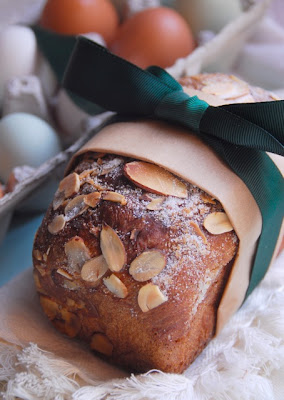 To celebrate Easter, Venetians eat a special bread called Focaccia Pasquale. The best one I ever had was made by Mr. Colussi, an awesome baker who still makes this tasty Easter treat, and despite its price (of which the locals complain constantly), it always sells like crazy. Mr. Colussi's pastry shop was one of my favorite destinations as a kid, only blocks from my home, his craft legendary, his pastries unforgettable (I remember thinking that I would be an overweight child if I were his daughter, stuffing my mouth constantly). One of my dreams is to learn the craft by working with Mr. Colussi before he retires for good, which might be soon. He has three daughters and sadly none of them is taking the craft in her hands, so he and his wife are still making people happy when they should be retired and enjoying their old age. He has been trying to sell his laboratory for years, and I guess he can't simply close it, it has meant everything in his life, it is his child, his soul is permeating every corner, like flour particles. 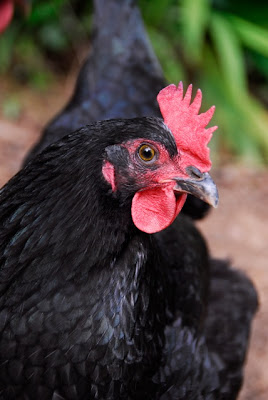 Which came first, the chicken or the egg?
Last year for the first time I made the more traditional Easter bread shaped as a dove, or Colomba Pasquale. It turned out really tasty and beautiful. This year I plan to make another colomba, and when I saw a recipe for a Venetian fugassa posted by Paoletta, at Anice e Cannella, I decided to try it. Paoletta is always experimenting and finding great recipes on the wide web to keep us wanting for more. She recently posted this recipe not knowing whether it was truly for the Venetian focaccia so I was not only intrigued to try it but to taste it as well. 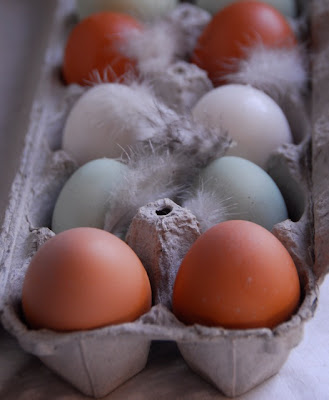 The bread takes more than half a day to make. I supposed it would be faster if the first two doughs are allowed to rise overnight in the refrigerator. The bread was super springy with a nice crumb and tasted very close to the traditional focaccia from Venice. It would make two small colombe and two small focacce. I was so tired the night I made it that I forgot to bake it before going to bed, luckily it was a super cold night so the bread rose very slowly and by the time I woke up it was perfect. I would make this bread again, but probably I would use the glaze I made last year as it was thicker and really tasty. If using an electric mixer I assume you can add all the ingredients for the third and final doughs at once, except the butter which has to be added after there is some gluten development. Adding the butter beforehand prevents the gluten from developing resulting in a very heavy bread with little holes.

Please read the instructions well, as this is a slow rising dough so you have to plan accordingly.

Flavorings:
1 tablespoon of rum
zest of one lemon
40 gr candied orange zest
2 teaspoons vanilla extract (or the seeds of one vanilla bean)

For the topping:
1 egg white
whole almonds
sugar
Cake pan with a capacity of 10 cups or two smaller ones.

Sponge:
Dissolve the yeast in 135 gr of warm water, add 125 gr of flour to make a smooth batter. Let rise one hour at room temperature.

Final dough:
Grind the orange peel and the lemon zest with 90 gr of sugar.
To the third dough add:
1 yolk
20 gr of flour
10 gr of the prepared sugar
1 yolk
20 gr of flour
20 gr sugar
1 egg
30 gr flour
30 gr sugar
1 egg
50 gr flour
30 gr sugar
Add the salt, then the rest of the flour saving few ounces for the final shaping. Before the final mixing add the rum and the vanilla. After the gluten has developed add the butter slowly, then mix until the dough is elastic and shiny. Turn the dough into a ball and let rest for 20 minutes. Butter one or two cake pans (depending on the capacity), divide the dough into two balls, shape again and add to the pans. Let rise in the pans for 3 or 4 hours. Brush the tops with the egg white, add the sugar and the almonds. Bake at 375 for 15 minutes, lower the oven to 350 and bake until nicely brown and a tooth picks comes out clean or the dough has reached 180F, about 30 minutes.