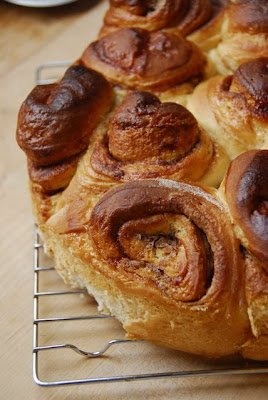 There are many advantages of speaking more than one language obviously, but one became clear relatively recently when I started discovering a great deal of wonderful Italian food bloogers. I love to read in my native language, learn about restaurants and food trends, rediscover dishes, and feel a little nostalgia (ok, a lot!). One of the Italian blogs in my ever growing reading list is Profumo di mamma, a blog that Gaia only started this past August, but that in a very short time has become a great source of inspiration. When I saw these little sour dough panini I knew immediately that I had to try them. See, I have been keeping a starter in my fridge for almost a year now, but I rarely use it. 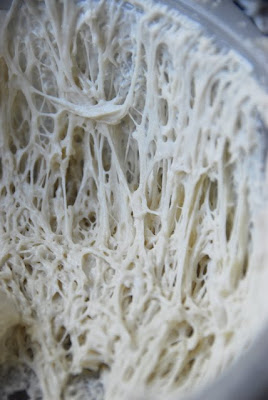 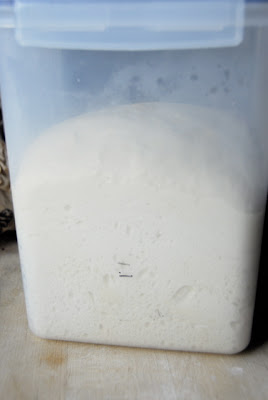 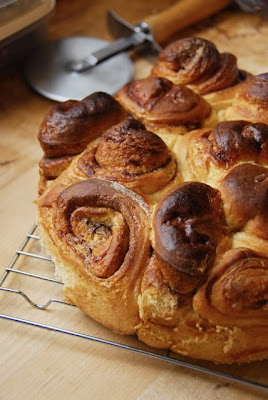 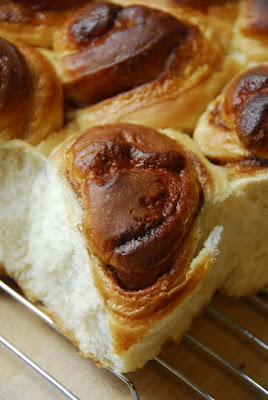 I know I am weird, but can you see a face on this roll like I do? A little deformed, but it is there.

I am submitting this recipe to yeast spotting, a fun weekly event organized by the talented Susan of Wild Yeast. 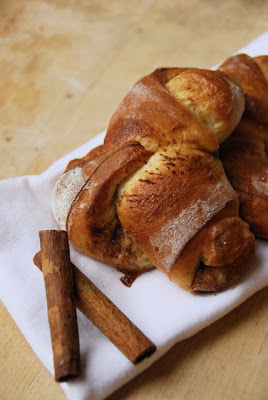 I have *never* made sourdough (my favorite bread hands down) and have always wanted to. These rolls sound so wonderful! I'd seriously have difficulty not eating all of them.

Laura,
I'm so happy you liked my recipe and you tried it making your own adjustments!! Every add is an improvement.
I like your cinnamon bread.
I think that it took so much to rise, maybe because you sourdough had not been sufficiently refreshed with water and flour, before using it.
I discovered that this action should be done previously, 2 or 3 times, until it doubles in three hours...
Hope this can help!
A big hug and thank you!!

Kelly, you have to give sourdough a try, there are many sites out there to help you with it, one is wildyeast.

Gaia, thank you! I had just refreshed the starter, but maybe I should have done it twice. I just made more today for the weekend, let's see if it makes a difference since this will be the second feeding.

I absolutely see the face. To me it looks like a flying monkey from The Wizard of Oz. I'm sure it tastes a whole lot better, though :-)

I have a sourdough starter, but I've never used it for cinnamon rolls. But, now I will! These look incredible. (And, yes, I see the face!)

Susan, you are right! I thought I saw something resembling an ape too, good eyes!

Lisa, try them, the natural yeast makes them last a long time too.

Oh my. The crumb on that bread just looks divine! Delicious.

I'm so behind on blogging--and then I saw that I've missed a couple of your posts! Beautiful bread--I love the idea of sourdough cinnamnon bread! It looks and sounds DELICIOUS! Well done Laura! :)

Back again. So I just tried to make my own sourdough starter without success. I will have to trawl through your reference here again with a fine tooth comb, and try again!